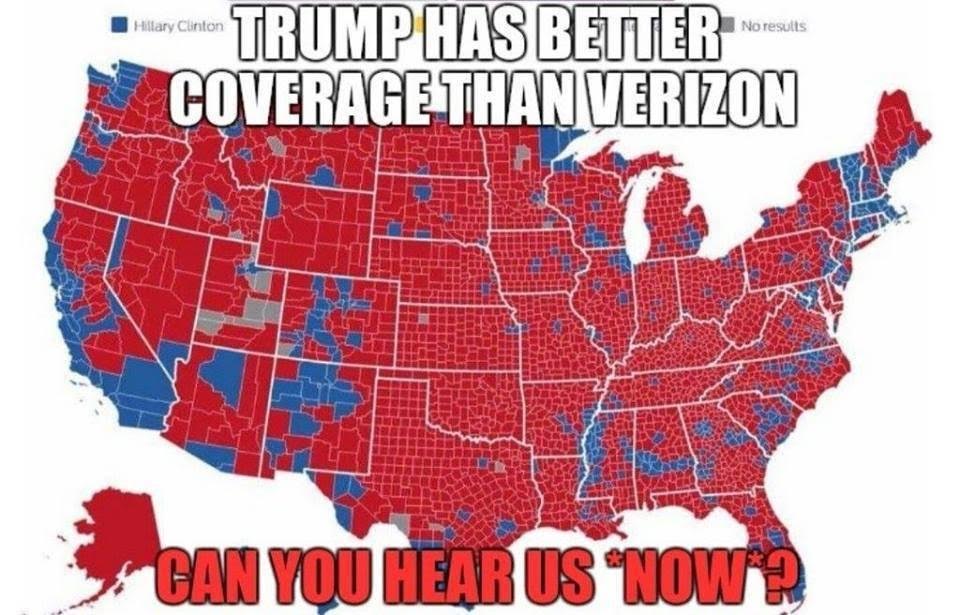 The American people have roundly rejected a third Obama term and legacy of deplorable policies that were too often imposed via executive edicts, with minimal attempts to work with Congress or the states.

This election shows that hard-working Americans do not want their country and its constitutional, energy and economic systems “fundamentally transformed.” They want America to be great and exceptional again. They want all people to live under the same laws and have the same opportunities, rights and responsibilities for making their lives, families, communities and nation better than they found them.

We the People also made it clear that we have had a bellyful of unelected, unaccountable bureaucrats, media moguls and intellectual elites dictating what we can read, think and say, how we may worship, what insurance and doctors can have, what rules, jobs and living standards we must live with.

With the elections over, the truly difficult tasks lie before us. Filling Supreme Court vacancies with jurists who believe in our Constitution, repealing and replacing ObamaCare, reforming the politicized IRS, DOJ and FBI, immigration issues, and fixing the VA and incomprehensible tax code are all high on every list.

However, abundant, reliable, affordable energy remains the foundation of modern civilization, jobs, health and prosperity. So these suggestions for President Trump’s first years focus on critical tasks that can be accomplished by his Executive Branch alone or in conjunction with Congress and the states.

As you read them, thousands of politicians, regulators, scientists and activists are gathered for yet another “climate conference,” this time in Marrakech, Morocco. They are shocked and despondent over the election results, and worried that the Trump Administration won’t support their agenda. They’re right.

Under the guise of preventing “dangerous manmade climate change” and compensating poor countries for alleged “losses and damages” due to climate and weather caused by rich country fossil fuel use, they had planned to control the world’s energy supplies and living standards, replace capitalism with a new UN-centered global economic order, and redistribute wealth from those who create it to those who want it. So:

Job One) Let the assembled delegates and world know America has a president – and a Congress – not a king. Suspend and defund any initiatives and orders issued under the Paris climate treaty, and send it to the Senate for Advice and Consent (and assured rejection) under Article II of the Constitution. Its impacts are so onerous and far-reaching that it is clearly a “treaty” within the meaning of our founding document, even if President Obama prefers to call it a “nonbinding agreement” to avoid Senate review.

2) Review the assertions, models, “homogenized” data, science and research behind the multitude of climate and renewable energy mandates – to see if they reflect Real World empirical evidence. Many, most or all will be found to be biased, wildly exaggerated, faulty, falsified or fraudulent.

The recent listing of polar bears as “endangered” was based on junk science and GIGO computer models that claim manmade global warming will send the bears’ record population numbers into oblivion. EPA’s Clean Power Plan assumes shutting down US coal-fired power plants will stop climate change, even if China, India and other countries build thousands of new coal-fueled generators over the next 20 years.

The all-encompassing “social cost of carbon” scheme attributes every imaginable harm to carbon dioxide emissions from fossil fuels. It ignores the incredible benefits of carbon-based energy, and dismisses the horrendous impacts that abandoning these fuels would have on human health and welfare.

Every one of these EPA, Interior and other regulatory diktats assumes that CO2 has suddenly replaced the powerful natural forces that have driven climate fluctuations throughout Earth’s history – and ignores this miracle molecule’s role in making crops, forests and grasslands grow faster and better, with less water.

As reviews are completed, agenda-driven rules and executive orders should be suspended, rescinded and defunded, so that they are no longer part of the $1.9 trillion regulatory drag on job and economic growth.

Grants for biased research can be terminated, agency personnel assigned to climate programs can be reassigned, and those found falsifying data or engaging in other corrupt practices should be punished.

3) A recent White House report lists $21.4 billion in annual spending on climate research and renewable energy programs. That’s in addition to EPA and other federal agency regulatory budgets – and on top of the burdensome impacts the programs have had on families, businesses, jobs and our future.

Terminating biased, needless or punitive programs would go a long way toward balancing the budget and getting our nation back on track. Ending crony corporatist deal-making, power grabbing and enrichment schemes would ensure that The Billionaire’s Club and its government and industry allies no longer have access to taxpayer billions, no longer have a stranglehold on our energy and economy, and no longer get still richer on the backs of American workers, taxpayers and consumers.

4) Revise Endangered Species Act provisions and regulations to require that any listings, permit denials or penalties reflect honest empirical science – not computer models or baseless assertions. Exemptions for bird and bat-killing wind turbines must no longer be permitted, and ESA rules must be applied with equal force to all projects, not just drilling, mining, pipelines, power plants, grazing and timber cutting.

5) Approve the Keystone XL and Dakota Access Pipelines; end the obstructionism and finish the projects. Standing Rock Sioux Indians had multiple opportunities to participate in the review process, but refused to do so. Now they and Soros-supported radicals are preventing work, destroying expensive equipment, butchering ranchers’ cattle and bison, and harassing local families. This can no longer be tolerated.

6) Prohibit and terminate sue-and-settle lawsuits, under which activists and regulators collude to secure a sympathetic judge’s order implementing regulations that they all want. (Or initiate a series of sue-and-settle actions by energy and manufacturing interests against Trump agencies – and then stop the practice!)

7) Reform the 1906 Antiquities Act. Intended to protect small areas of historic or scenic value, it has been abused too often to place millions of acres off limits to energy development and other economic uses, by presidential edict. Losing Senate candidate Katie McGinty engineered a massive land lock-up in Utah that double-crossed the state’s governor and congressional delegation, and even President Clinton.

Congress must more clearly define its purposes, limit the acreage that can be designated by presidential decree, and provide for congressional review and approval of all decisions.

8) Reform the Environmental Protection Agency, and devolve many of its powers and responsibilities back to the states, under a consortium representing all 50 state EPAs. We have won the major pollution battles that EPA was created to address. Now we must devote appropriate funding and personnel to real remaining environmental problems – and shrink or terminate Obama-era agenda-driven programs.

Recent EPA actions on climate, air quality, human experiments, the Clean Power Plan, the war on coal, and “waters of the United States” were used to expand its budget, personnel, and powers over the nation’s environment, energy and economy. EPA needs a shorter leash, less money and a smaller staff.

9) Shrink the renewable energy programs, and jumpstart onshore and offshore leasing, drilling, fracking and mining on federally managed lands. America can again produce the fossil fuel blessings that lifted billions out of poverty, disease and early death – and created jobs, prosperity, health, living standards and life spans unimaginable barely a century ago. We should also encourage other nations to do likewise.

10) If President Obama finishes his term with a tsunami of regulations and executive orders, it should be met with similar suspend, defund and rescind reactions. Mr. Obama, congressional Democrats and their riot-prone base should understand that programs and rules imposed with the stroke of a pen, and without the support of Congress and the American people, can and should also be undone with the stroke of a pen.

Without these difficult but necessary (and fun) steps, it will be very hard to make America great again.

Paul Driessen is senior policy analyst for the Committee For A Constructive Tomorrow (www.CFACT.org), and author of Eco-Imperialism: Green power – Black death and other books on the environment.